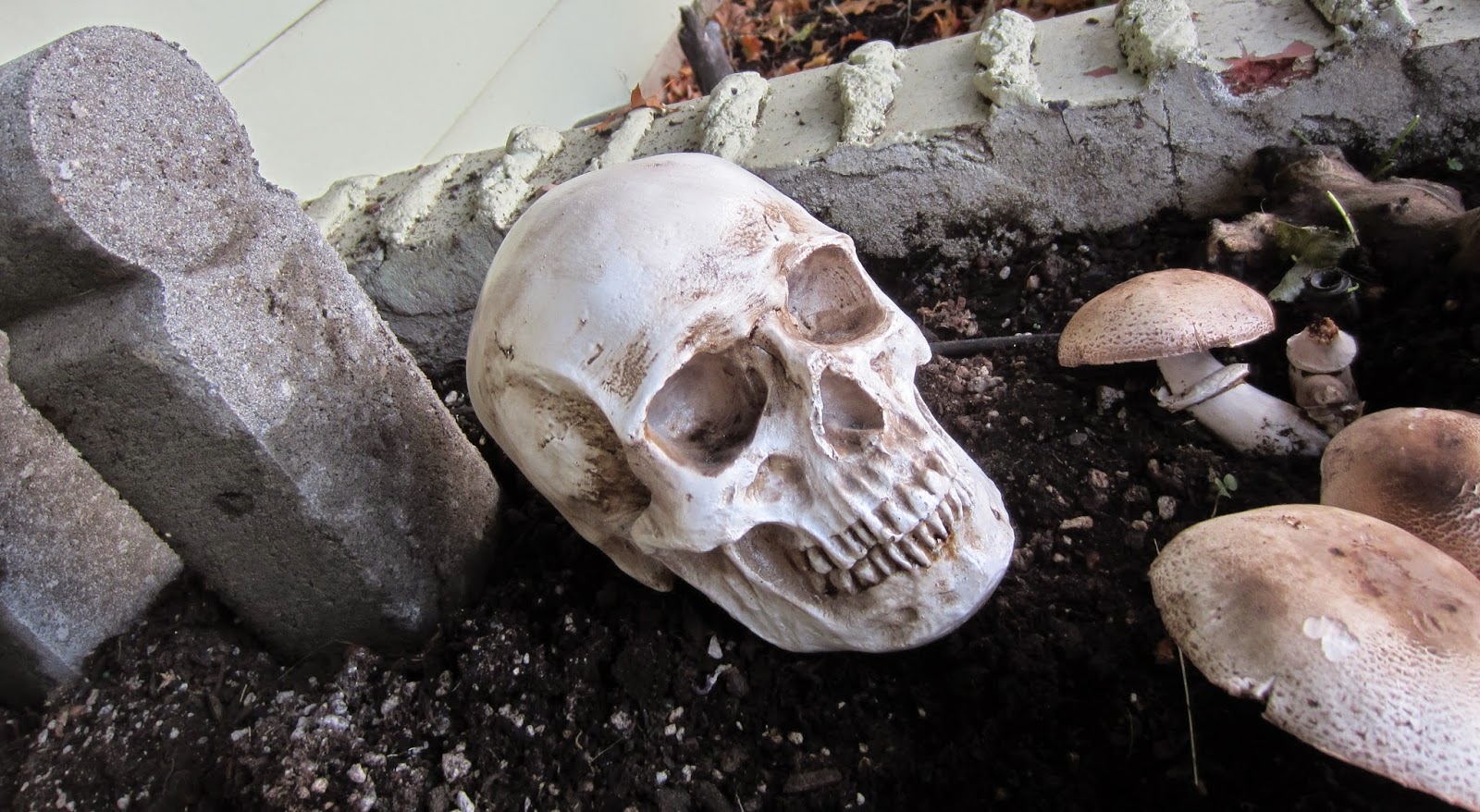 I quickly threw together a spooky vignette in the flower box by our door, made up of a half-priced skull from Rite-Aid, edging stones from our garden that were conveniently tombstone shaped, and some bulbous white mushrooms I grabbed from a corner of the back yard.

We had a neighbor up the street with a much more impressive display though: 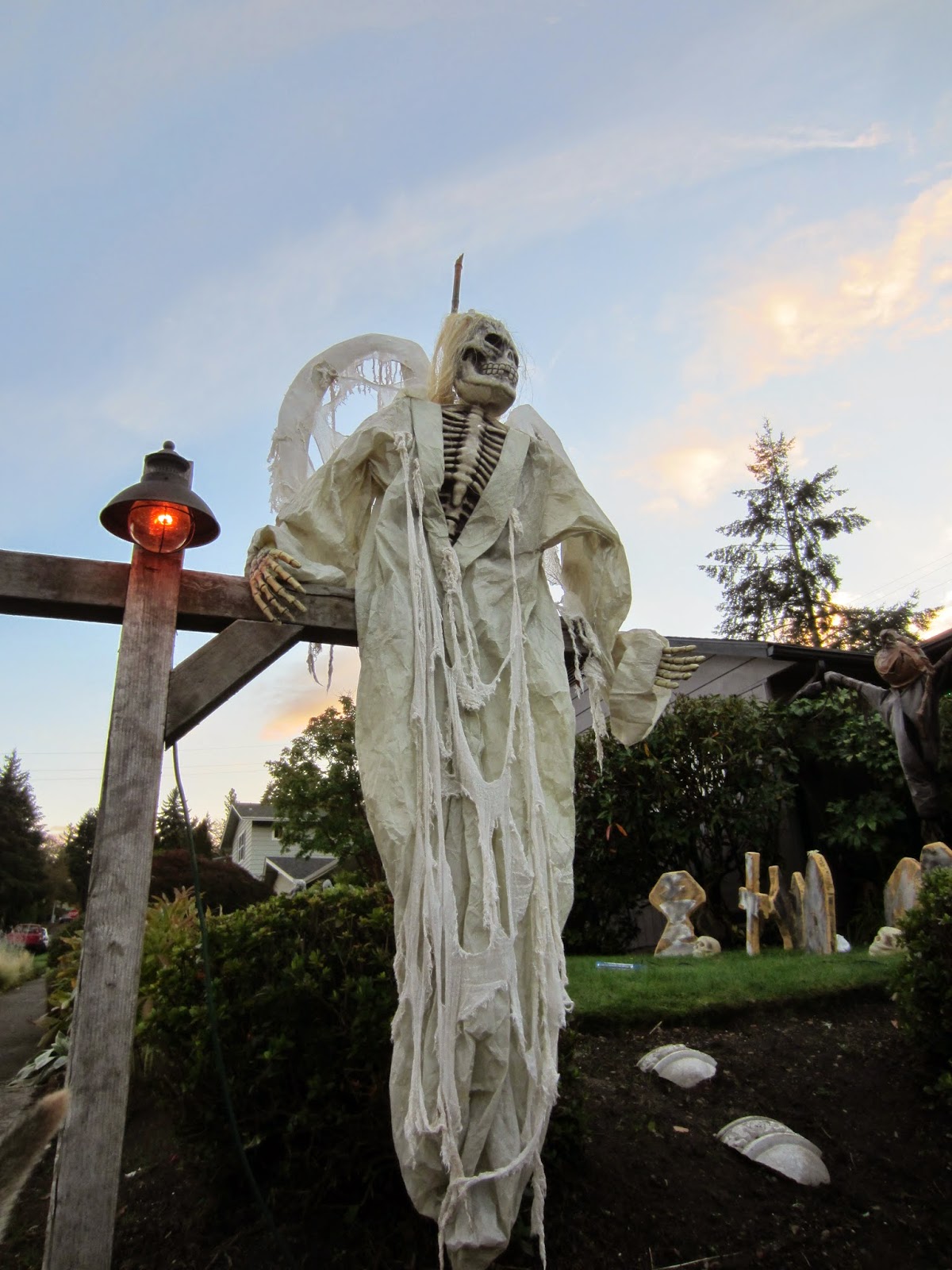 We've had way more trick-or-treaters than I expected tonight (and, to my great surprise, only three Elsas). My favorite moments of the night:

~ A brave pirate who said, pointing to the flower box display, "Those things are SCARY... But they don't scare me!"

~ The boy who, in response to my encouragement to "Take two if you like," whispered "three" to himself and took just that.

~ A boy in a Neverending Story costume complete with luckdragon, which always reminds me of this.

~ A tiny girl whose tiny fist was too small to grab as much candy as she wanted at one time, so she struggled determinedly and then dove in for seconds before her mother could stop her.

~ A young, slightly confused princess who reached into her own bag, pulled out a wrapper, and dropped it into the candy bucket I was holding out instead of taking any treats.

~ The heart-melting bumble bee boy who proudly announced "This is my family!"

~ The girl who tried to convince her little brother that our dog was actually a human in a dog costume. You are an inspiration for older siblings everywhere.

I don't have costume photos of my own to post yet because we'll be dressing up for a party tomorrow, so I'll have stop back here and post them later.

Update: Okay, here we are, awkwardly pretend-celebrating (because that is what one does when dressed like this) though without some of our planned props. Anyone able to recognize our costumes? 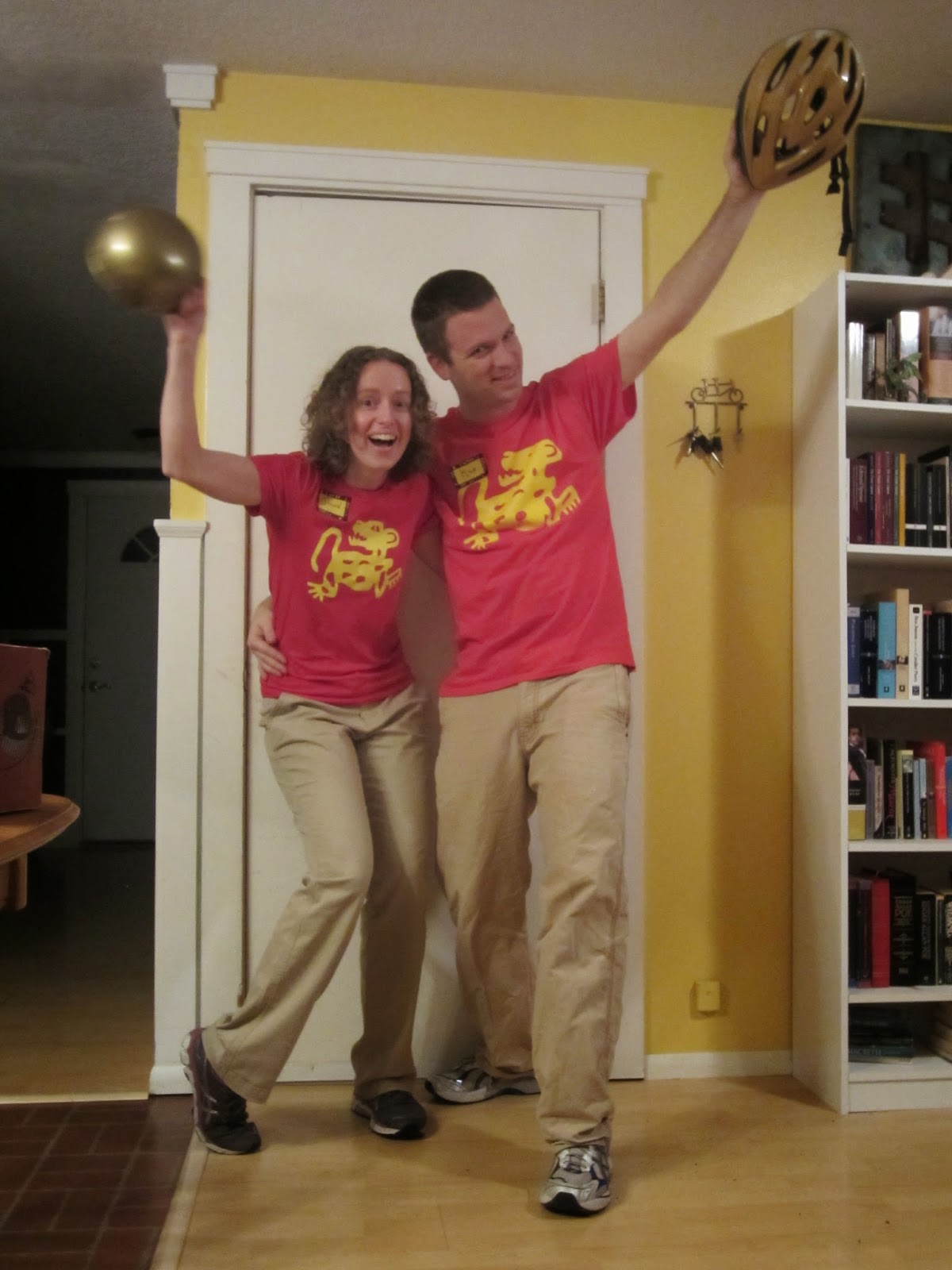 Posted by Jillian Schmidt at 9:39 PM