And May the Odds... oh, never mind

I FINALLY saw The Hunger Games movie last week. There's no point in doing a real review since I'm a month or more behind the rest of the world, but I will say that I enjoyed the overall experience of the film and thought most of it was powerful and well done, though there were several elements that could have used more emphasis and the film definitely felt lacking in depth and development compared to the book... which in many ways is unavoidable and a compliment to the book, really. I also embraced the interesting but unsettling meta experience of watching and enjoying a film about people watching and enjoying The Hunger Games. I thought Stanley Tucci was brilliant as Caesar, for example, and I realized how easily I sometimes fell into enjoying his spin on the games just like the Capitol viewers.

In strangely related news, Kyle and I are really hoping to buy a house in the near future. We're in the market for a realtor, and thanks to an ad in the local newspaper, I know one person I will NOT be hiring: 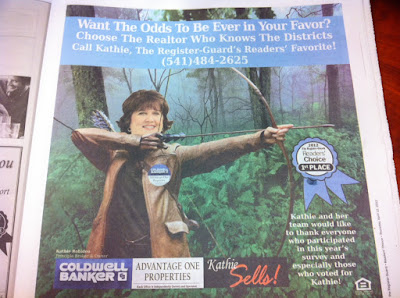 The Beautiful Insanity that was April

I did not have a very productive April. I did manage to submit something for my W1S1 goals (a story inspired by the saga detailed below, actually), but I wrote much less than usual, and in the second half of the month I was almost completely disconnected from the blogosphere as well. (Sorry, Blogger friends!) Initially I had a great excuse: my husband’s best friend was getting married in the Bahamas, so we were busy vacationing out of the country for almost a week.

I planned to blog about the trip as soon as we got back – especially the comedy of errors that (eventually) got us to and from the island – but whenever I thought about telling the air travel story I just felt really tired and frustrated all over again. But I’ve finally managed to put together an abbreviated version of our journey by the numbers (which is still fairly long, but trust me, it felt much longer at the time):

1.5 invasive pat-downs from TSA agents (Travel Tip: those pants that zip off into shorts and seem like a great versatile travel choice? They tend to set off the new airport scanners.)

2 extra trips through security on connecting flights because San Fran doesn’t know how to design an airport.

<1 hour of sleep on the red-eye from San Fran to Charlotte.

4+ awkward bathroom experiences in the Charlotte airport, which looks just like a normal airport bathroom except there are attendants and mints like you’d see somewhere much fancier. The bathroom attendants were all very nice (hi, Raven!) but it’s still unsettling when you’re the only one using the bathroom and there’s a stranger standing outside the stall making conversation in hope of tips. I’m sure it was worse for the guys, though, since they don’t get stalls with doors.

21 hours from the start of our trip, we finally reached the Bahamas.

1 day of nothing but lounging to recover from traveling. 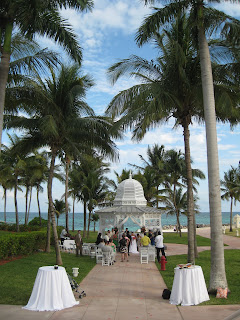 3 days of swimming, partying, and beach volleyball with old and new friends in the most gorgeous location ever. (Because I am certainly not complaining about the Bahamas!!! Just the travel to and from.) 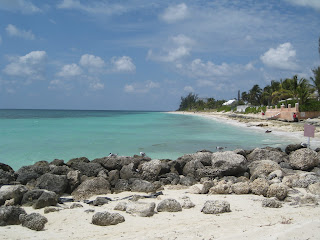 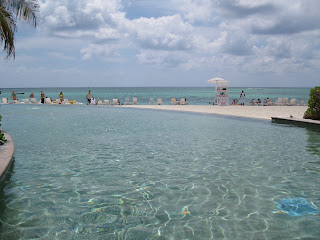 2 drinks spilled all over the man sitting next to me on the Bahamas to Charlotte leg because the turbulence was INSANE but they ran drink service anyway. Luckily I didn’t order anything and escaped unscathed.

1 flight (the one in the gate before ours) delayed for half an hour because they were waiting for a part… which turned out to be a volume control knob for an emergency megaphone. I could not make this stuff up.

3 US Airways planes needed to fly 1 leg of the trip, AGAIN. The first plane had an unspecified problem, the original replacement plane never materialized, and then finally they found us another one and sent us to yet another gate. The attendant mentioned the option of skipping the safety check so that we could get in the air more quickly and make up time. I screamed calmly requested “NO! Do the safety check!” We boarded only to discover that there was a valve problem that the pilot proceeded to fix by turning the plane off and on – just like with computers, Restart apparently works wonders. Somehow we made it to San Fran alive.

For those of you keeping score, that means we went through 6 US Air airplanes to complete the 2 most problematic legs of the trip, and only 1 of those planes had nothing wrong with it.

1 food place still open for dinner when we arrived at SFO (thank you, Subway).

3 hours of sleep on the Tetris-piece shaped couches in the baggage claim area (they wouldn’t let us stay in the terminal overnight).

1 rat that wandered by while I was sleeping and Kyle was keeping guard. (Why yes, I think I *am* traumatized for life now.)

2 drunk frat boys sleeping in the same area who managed to spill 3 bags of Cheetos on the ground while having “breakfast.”

1 possibly crazy man who came over to tell Kyle about his dead uncle and ask him about a bathroom.

1 loud infant next to me on the flight from San Fran to Eugene. I actually found her cute and enjoyed talking with her mom, but Kyle was trying to sleep and was much less enamored.

0 desire to fly with US Airways, through San Fran, or to anywhere as far away as the Bahamas ever again.

And to top it all off, an unbelievable coincidence that sent us both into hysterical, insane laughter…

1 invitation to another Bahamas wedding waiting for us when we arrived home.
Posted by Jillian Schmidt at 4:25 PM 9 comments: